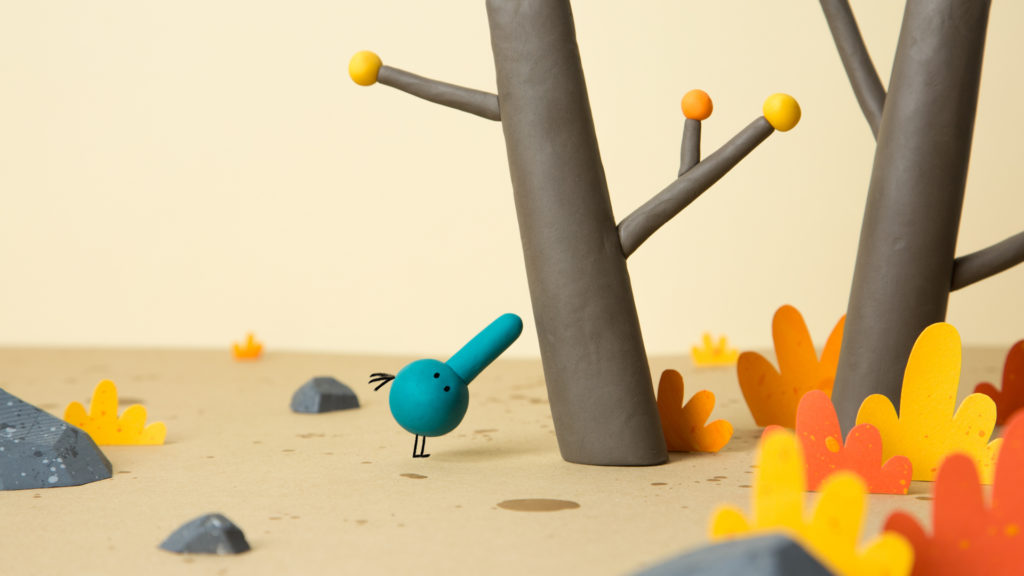 The Kolkata Film Festival will take place from 8th – 15th November in Kolkata (India). It is one of the largest open-air film festivals in India. The ITFS presents the three ITFS 2019 tour programmes: “Best of International Competition”, “Best of Tricks for Kids” and “Best of BW-Rolle” as part of a cooperation. In addition, the ITFS will curate a programme of new German animated films.

Along with the two award-winning films, the programme presents further highlights of the ITFS19 International Competition for animated shorts. The selected films cover a wide range of styles and topics. In “Selfies“”, Claudius Gentinetta launches an impressive, artistic firework of disturbing self-portraits, reflecting the everyday madness and abysmal depths of human self-presentation. “Animals”, the winner of the Lotte Reiniger Award is a perceptive and analytical observation of human behaviour under exceptional circumstances. With concise 3D caricature images, Tue Sanggaard depicts the transformation of allegedly civilised subway passengers into wild animals driven by instinct. And the Grand Prix winner “Bloeistraat 11” is a delicate portrait of two girls, best friends transitioning from childhood to puberty. The airiness and transparency of the character animation reflects both the light-heartedness of childhood and the fragility of puberty. Instead of dialogues, Nienke Deutz skilfully uses the language of the girls’ bodies to illustrate their changing relationship.

Best of Animation from Baden-Württemberg

presents selected short films from Baden-Württemberg of a great variety with regard to topics, technology, and style, ranging from children’s films and series to narrative short films and experiments regarding film aesthetics. Some of the films were made at Filmakademie Baden-Württemberg, others represent the Stuttgart State Academy of Art and Design (ABK) or the Hochschule der Medien. The short film “Ode” by Shadi Adib and Studio Soi is the winner of the “Animation for Europe” competition, a project of the Stuttgart International Festival of Animated Film on the occasion of the 2019 European Parliament election, supported by the  Ministry of Justice and European Affairs Baden-Württemberg.

Best of Tricks for Kids

Best of Tricks for Kids screens a selection of the best short films that have fascinated the audiences and children’s jury of ITFS19 – including the winning film “Sarkan” (“The Kite”). With imaginative imagery, the films tell funny and sad tales, about everyday incidents or unusual adventures. Protagonists are from a variety of countries and lifeworlds, yet their stories are of universal relevance and could happen anywhere.

The films have no dialogue and are recommend for children age 4 and older.