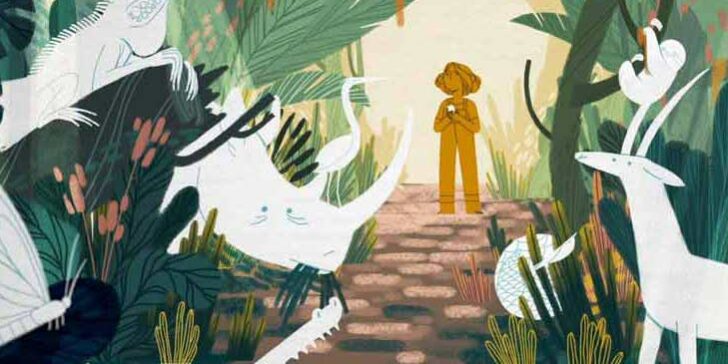 After the official end of the 28th Stuttgart International Festival of Animated Film on May 9, 2021, viewers accredited for ONLINE+ and ONLINE PRO were able to enjoy almost the entire content of the media library until May 16, 2021.

Ulrich Wegenast, Artistic Managing Director of ITFS organiser Film- und Medienfestival gGmbH: “It is very gratifying that such good use was made of our digital platform OnlineFestival.ITFS.de and that users’ interest not only continued after the actual Festival but could even be expanded. The combination of a media library, personal statements by the animators, media-pedagogical accompanying material and voting possibilities are real added value for the ITFS, which we would like to offer at the next Festival too. The recorded lectures and panels in the ONLINE PRO section were also very well received by accredited professionals and offer a valuable pool of information for the animation industry.”

During the Stuttgart International Festival of Animated Film 2021, many different digital formats were tried out, from a simple media library of the films up to two studios – one of which streamed live for eight hours a day – as well as additional live streaming of panels and interviews and the integration of pre-recorded content. There were also interactive workshops for children and young people, which were completely booked out, as well as presentations and panels for professionals and the ITFS VR Hub where people’s avatars could meet and experience other content on a virtual version of Schlossplatz with access to a cinema, music club, workshop space and lounge.

Dieter Krauß, Commercial Managing Director of the ITFS organiser Film- und Medienfestival gGmbH: “The 2021 Festival was like a lab test, which we completed successfully, and which gave us the necessary expertise and experience to be able to better assess which target groups can be addressed with which content in which formats in future hybrid Festivals. But these will also include onsite encounters and exchange again, in cinemas and on Schlossplatz. The digital formats thus not only have the chance to reach a significantly expanded and international audience, but also to inspire them to visit Stuttgart in the future.”

Due to the extended access to competition films, supporting programmes and recordings of lectures and presentations on OnlineFestival.ITFS.de, the voting phase for the winning film of the SWR OnlineFilm Audience Award was also extended to 16 May 2021. For the SWR OnlineFilm Audience Award sponsored by SWR (Südwestrundfunk), the audience chooses a favourite from all entries in the International Competition. In total, more than 7,000 votes were cast.

“Only a Child” is a visual poem created by over 20 animation directors under the artistic supervision of Simone Giampaolo, which gives shape and colour to the original words spoken by Severn Suzuki at the UN Summit in Rio in 1992, a child’s desperate call to action for the future of our planet. A film celebrating the environmental youth movement 30 years in the making.

The film had already received a special mention at the Grand Prix of the ITFS 2021, the award by the State of Baden-Württemberg and the City of Stuttgart.